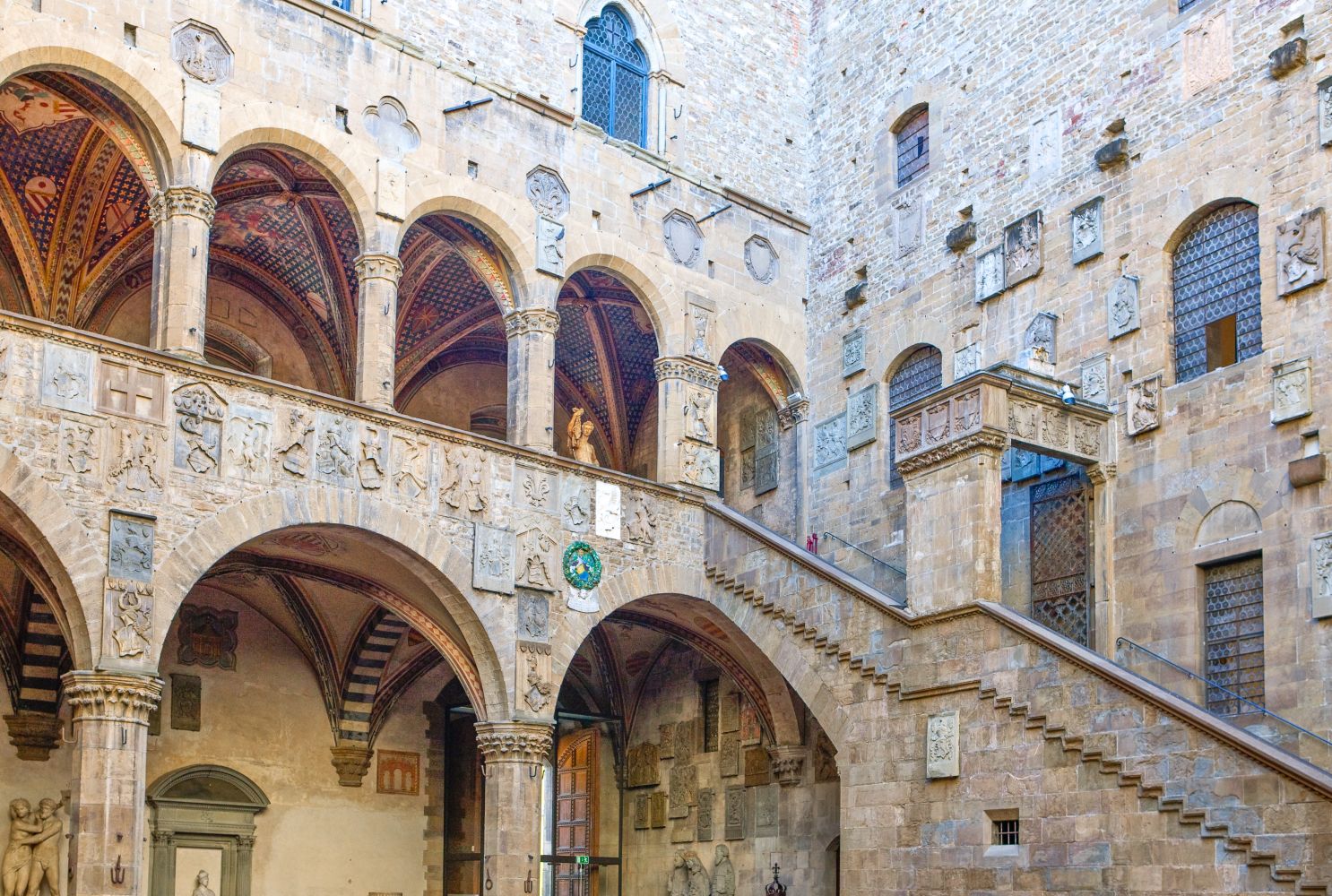 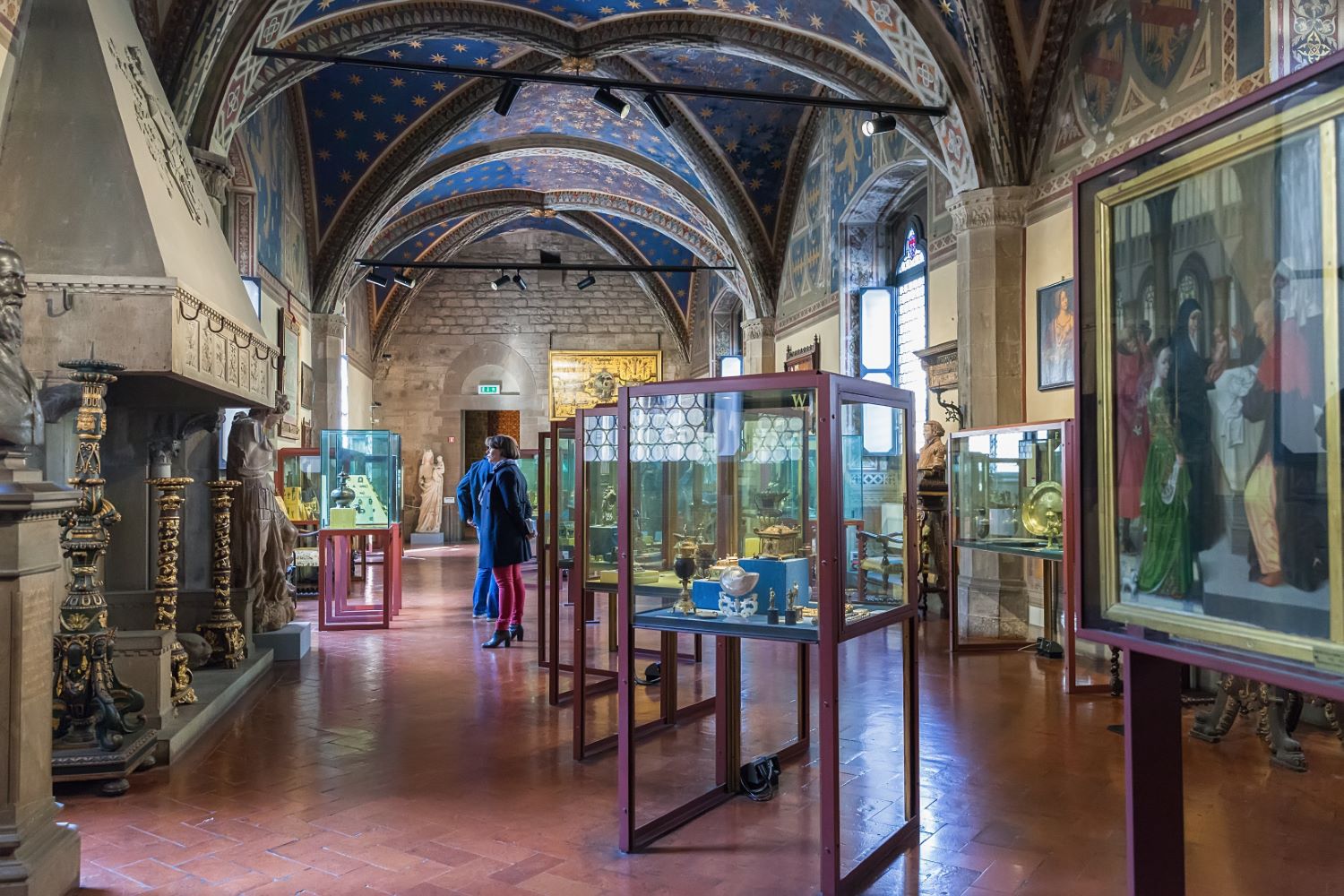 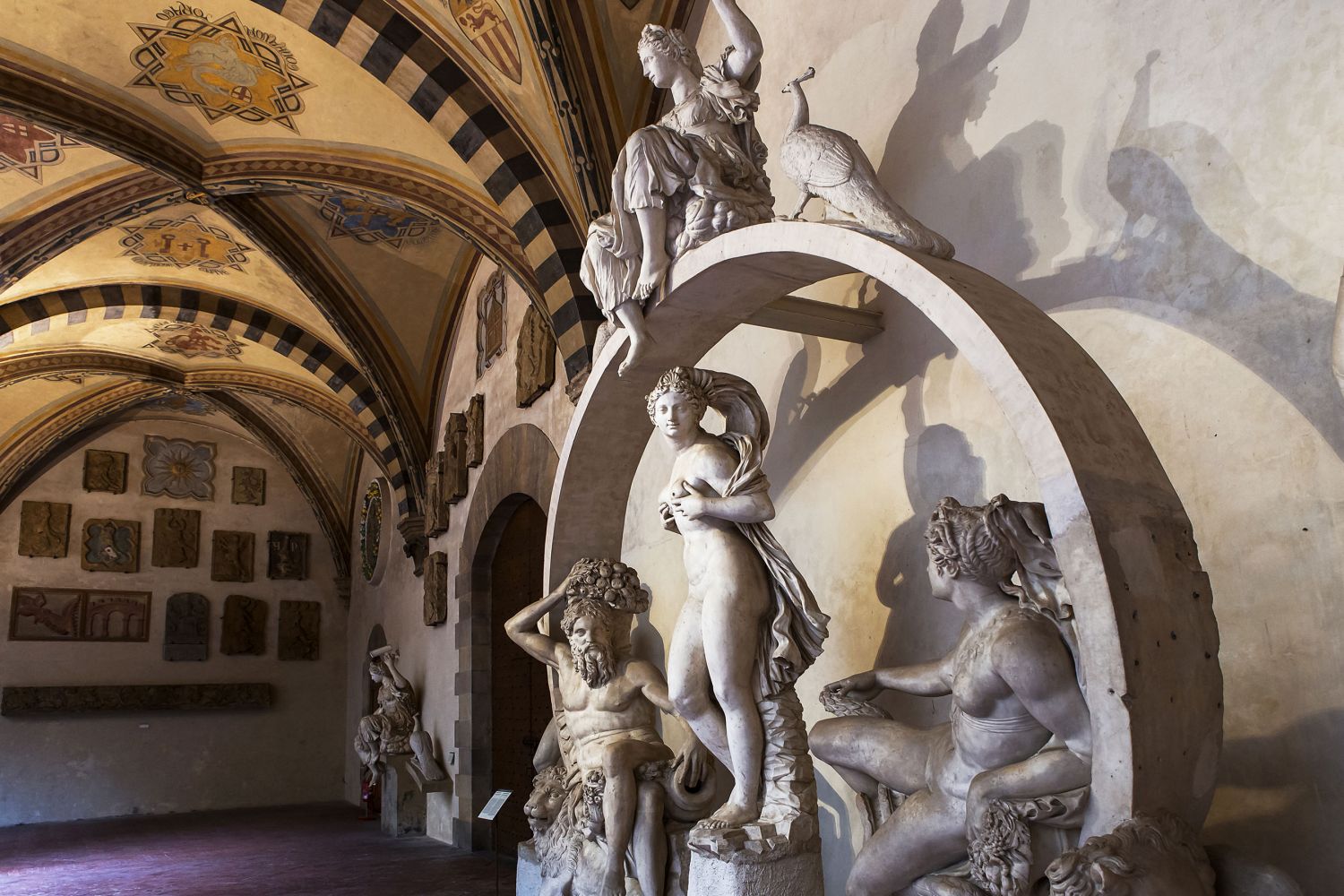 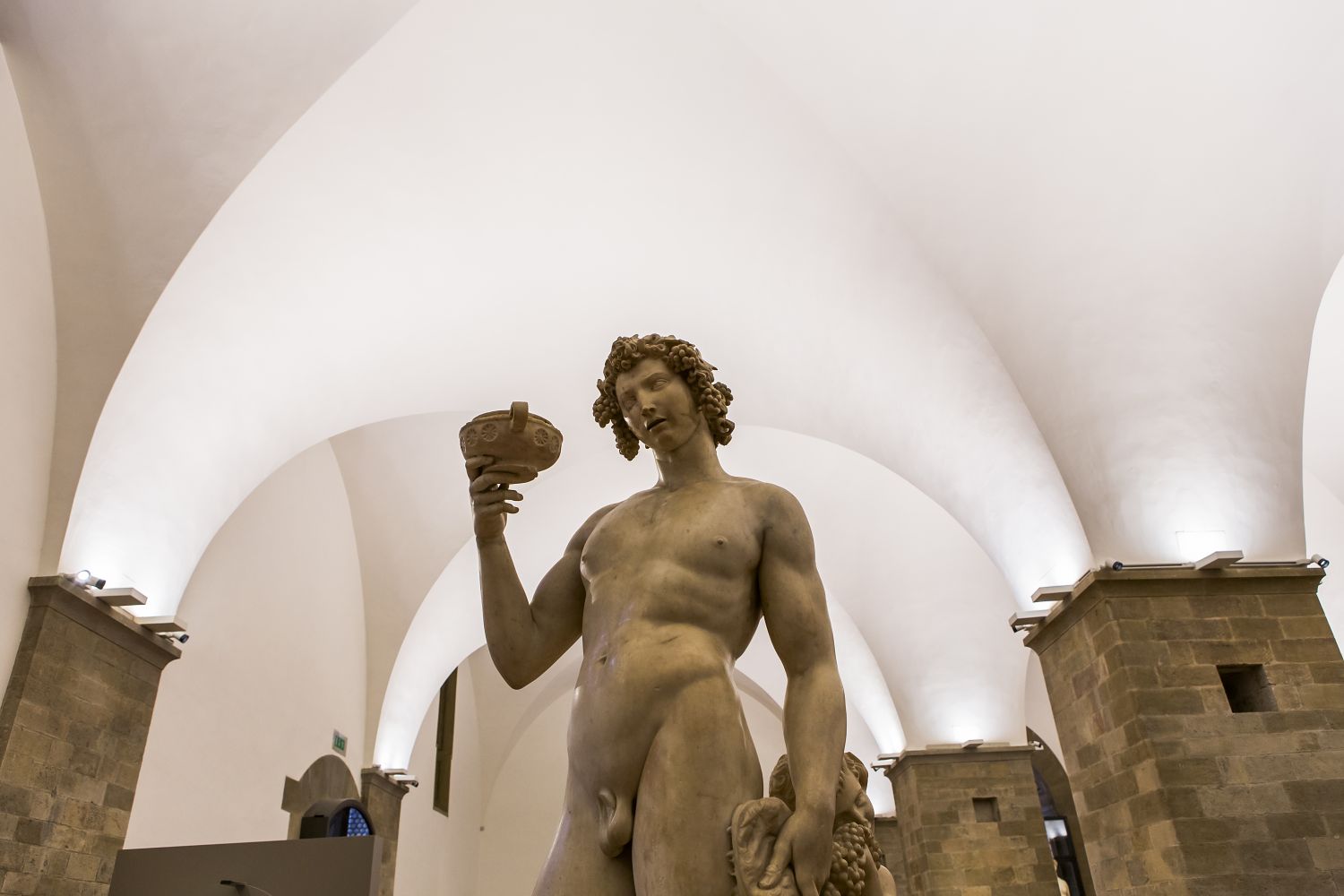 In Florence there's a treasure chest, just waiting to be opened.

It's the Bargello Museum, a magical place to visit. The Bargello is an imposing, castle-like building right in the heart of Florence, with a fairly stern and sombre appearance. You could never imagine what's inside...that's why you need a private Bargello tour with me ..! Huge statues by some of the most important artists in history - four of them are by Michelangelo Buonarroti himself - precious and rare artefacts such as finely carved ivory plaques, priceless, ancient enamels, crowns belonging to northern kings even older than the Vikings, colourful majolica, and rich armours and weapons. Is this not enough to convince you to join me..?

In the Bargello museum courtyard, you will feel transported back to the Middle Ages, just by looking at the exhibition of stone coat-of-arms covering the walls. They belong to the chief magistrates that used to serve in Florence, working here as politicians. Now the courtyard houses splendid statues depicting Gods and Goddesses. The well in the middle now replaces a scaffold, where prisoners were once executed.

If you don't want to stand in the crowd to see the statue of David at the Accademia, you can find Michelangelo Buonarroti here as well with four of his works of art. In his youth, the "Divine" sculptured a superb statue depicting Bacchus, the god of wine, drunkeness and religious ecstasy. Looking at it, you see a handsome young chubby-cheeked drunk boy waddling towards the beholder. Looking around at the rest of the majestic statues, three more of them are by Michelangelo. The others are by great masters who lived and worked at the same time as Michelangelo. The display of their incredible skills in working bronze, clay, marble, and stone will leave you breathless. Look, for instance, at the Mercury, the Appennino, Florence triumphant over Pisa by Jean De Boulougne (Giambologna) and see how the artist has succeeded in “overpowering” the matter and shaping it beyond its limits.

This hall that was once a jail, where people were detained and tortured, now houses the most important statues of the 1400s, mainly by Donatello. Donatello knew exactly how to evoke the stories behind the statues he sculptured, thanks to a simple gesture of the character depicted. There are three sculptures depicting a very young and boyish David (so different from Michelangelo's!), two of them by Donatello, one by Andrea del Verrocchio (Leonardo Da Vinci's teacher). However, the masterpiece by Donatello that inspired Michelangelo’s David the most was, actually, different: the San Giorgio and the Dragon. It was from this that Michelangelo learnt how to mould the marble into moving as if it were alive.

The private Bargello tour continues in the streets of Florence. You will get acquainted with the ancient religious centre of the city (the Santa Maria del Fiore Cathedral with the Dome, the San Giovanni Battista Baptistry, the Giotto's Bell Tower) and the political one (the Piazza and Palazzo della Signoria, the Loggia dei Lanzi, the Ponte Vecchio). With an expert Florence guide like me leading you, you can discover fascinating, hidden places on the inside.

Take a private Bargello tour with me..! Only an expert guide like me can answer the questions these unbelievable objects usually arouse.

The tour is private, which allows you to totally customise it to your needs. I can come to pick you up at your accomodation, if it's in a convenient place to kick off our tour. If it's not, we can easily arrange another pick-up point, close to the museum.