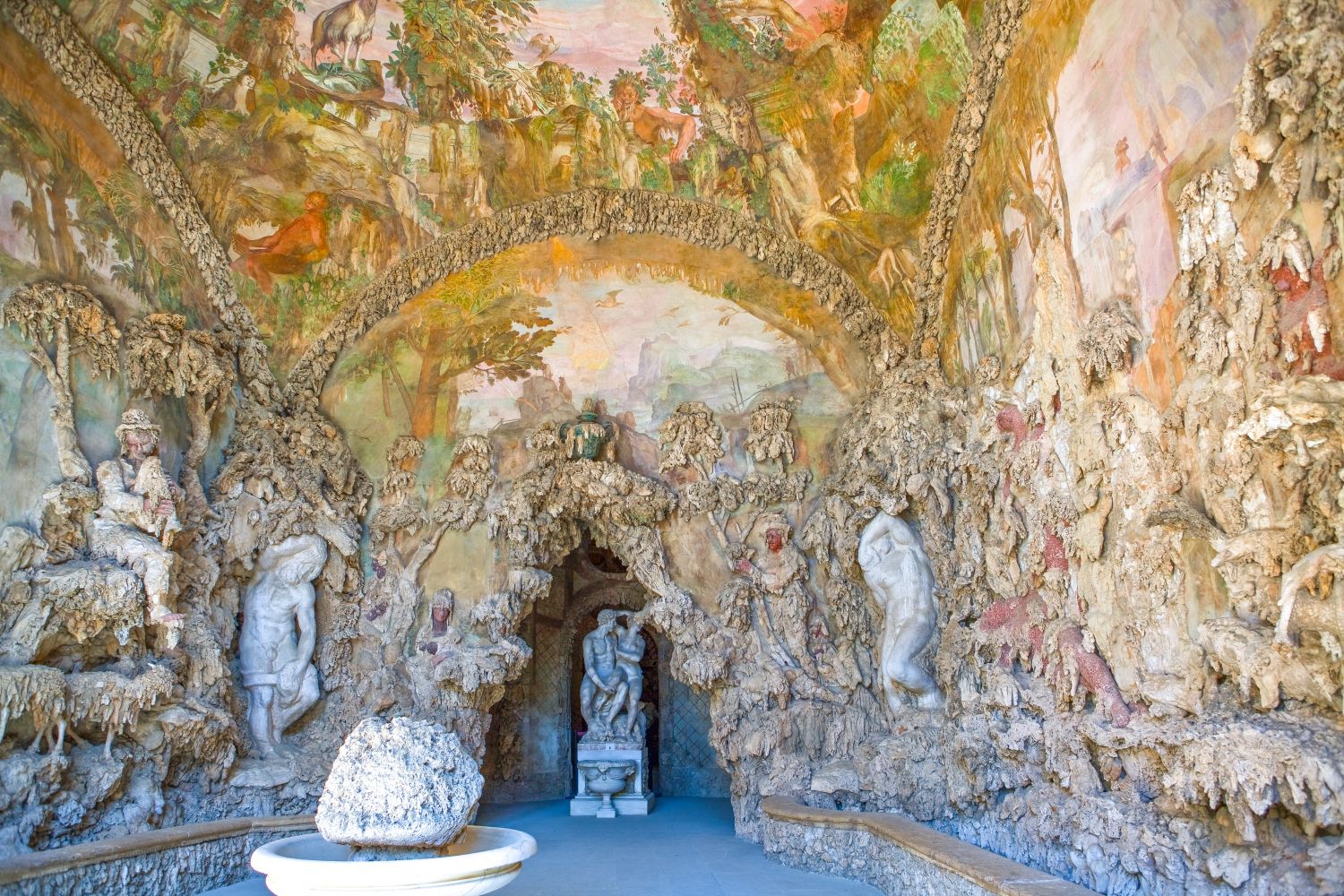 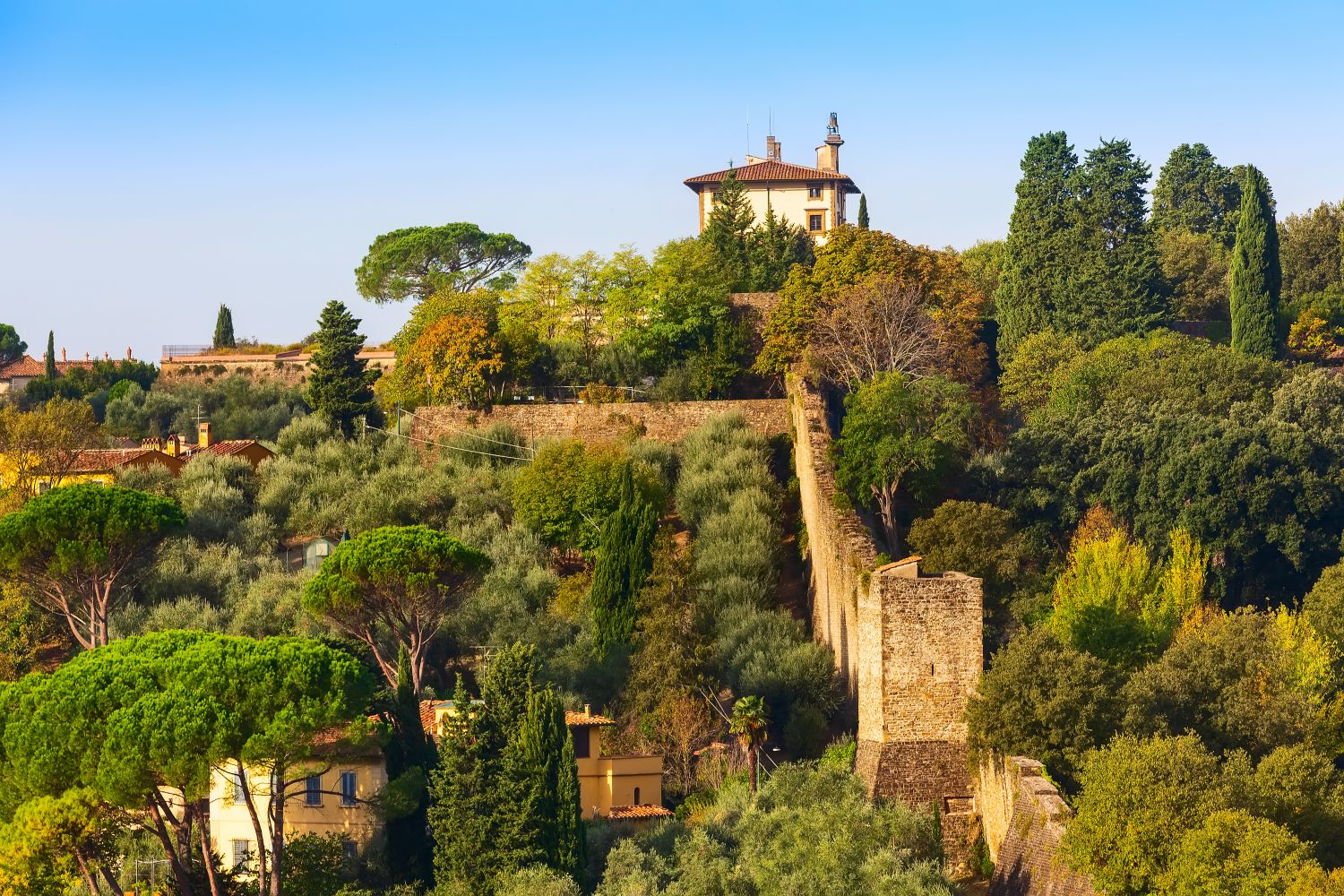 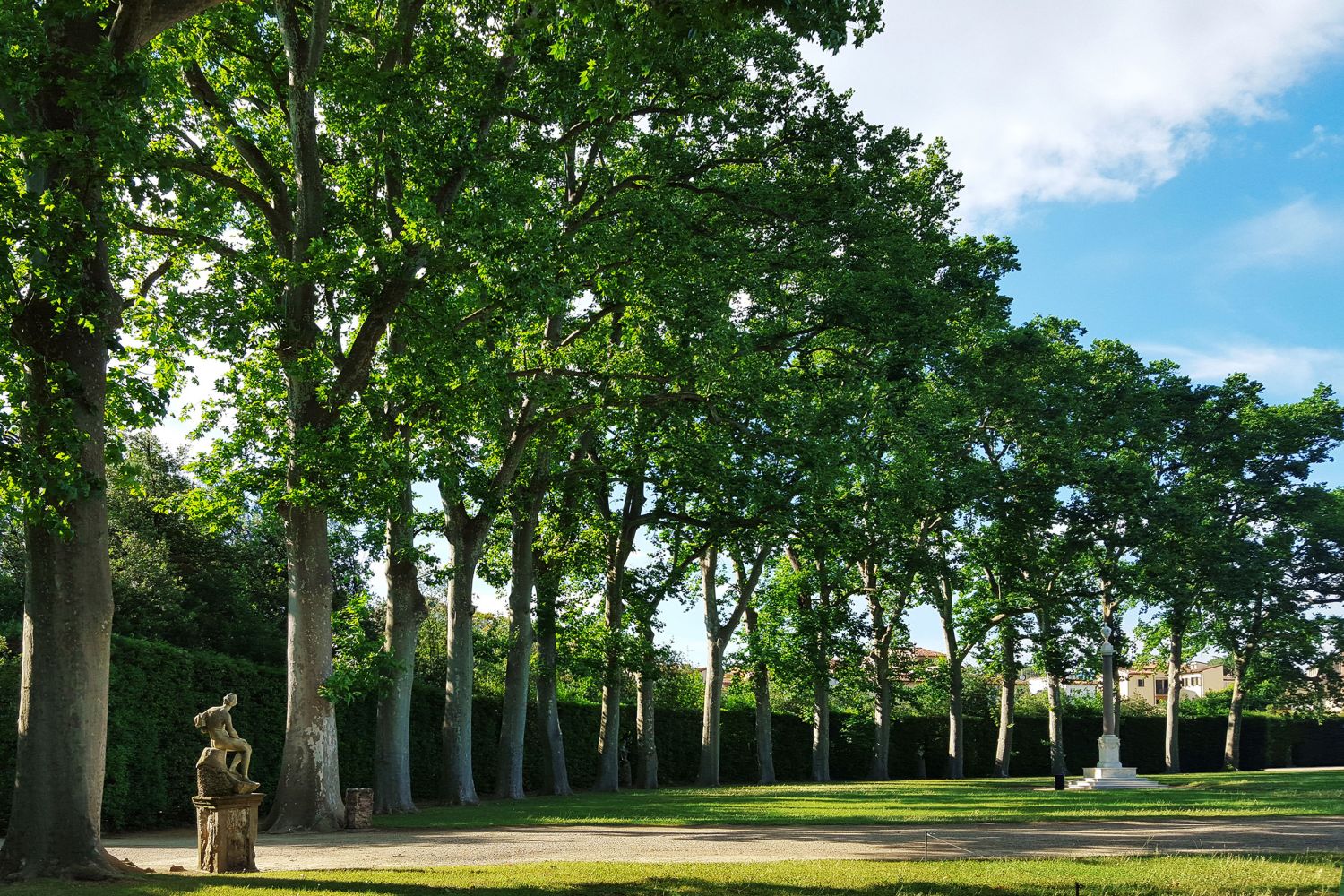 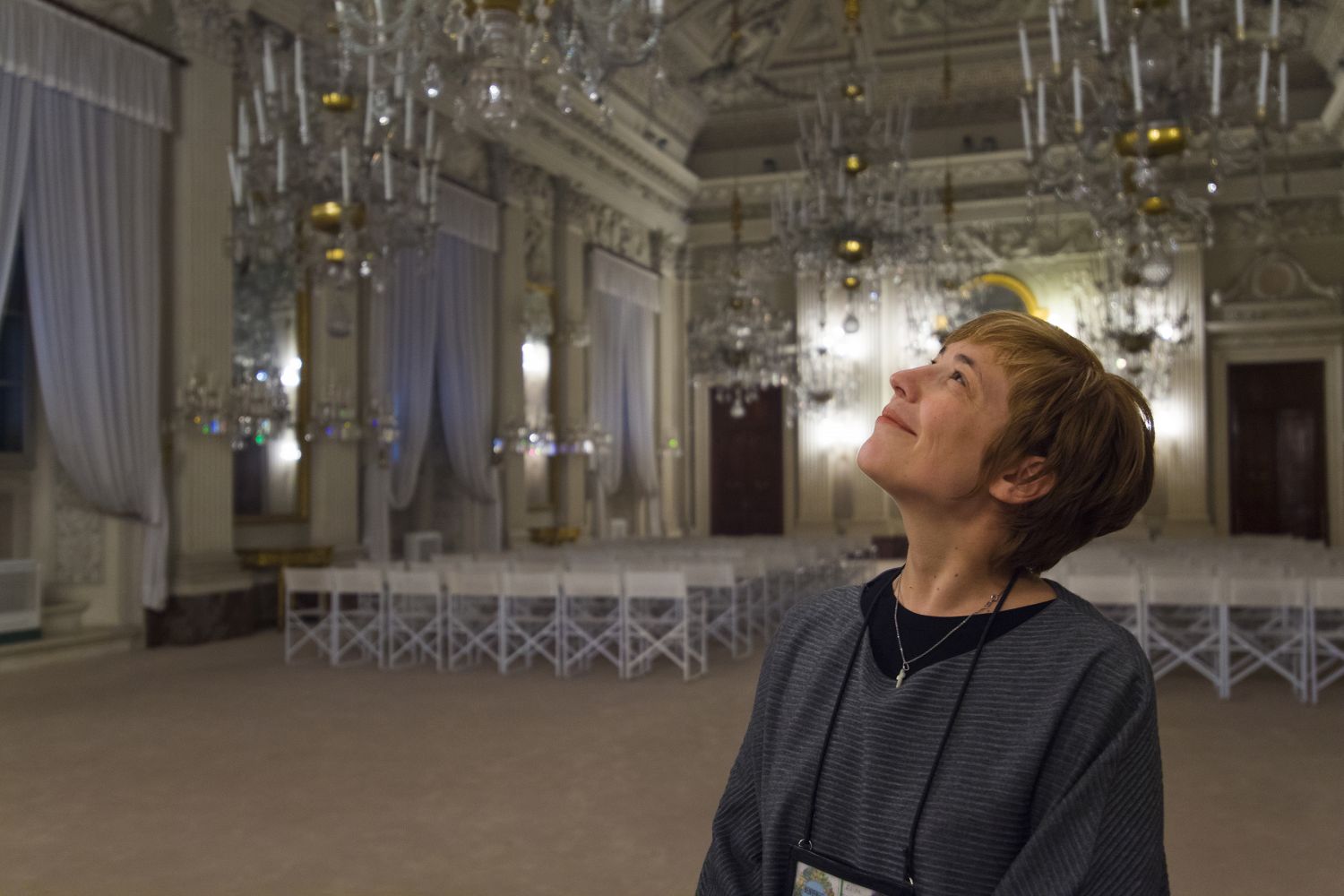 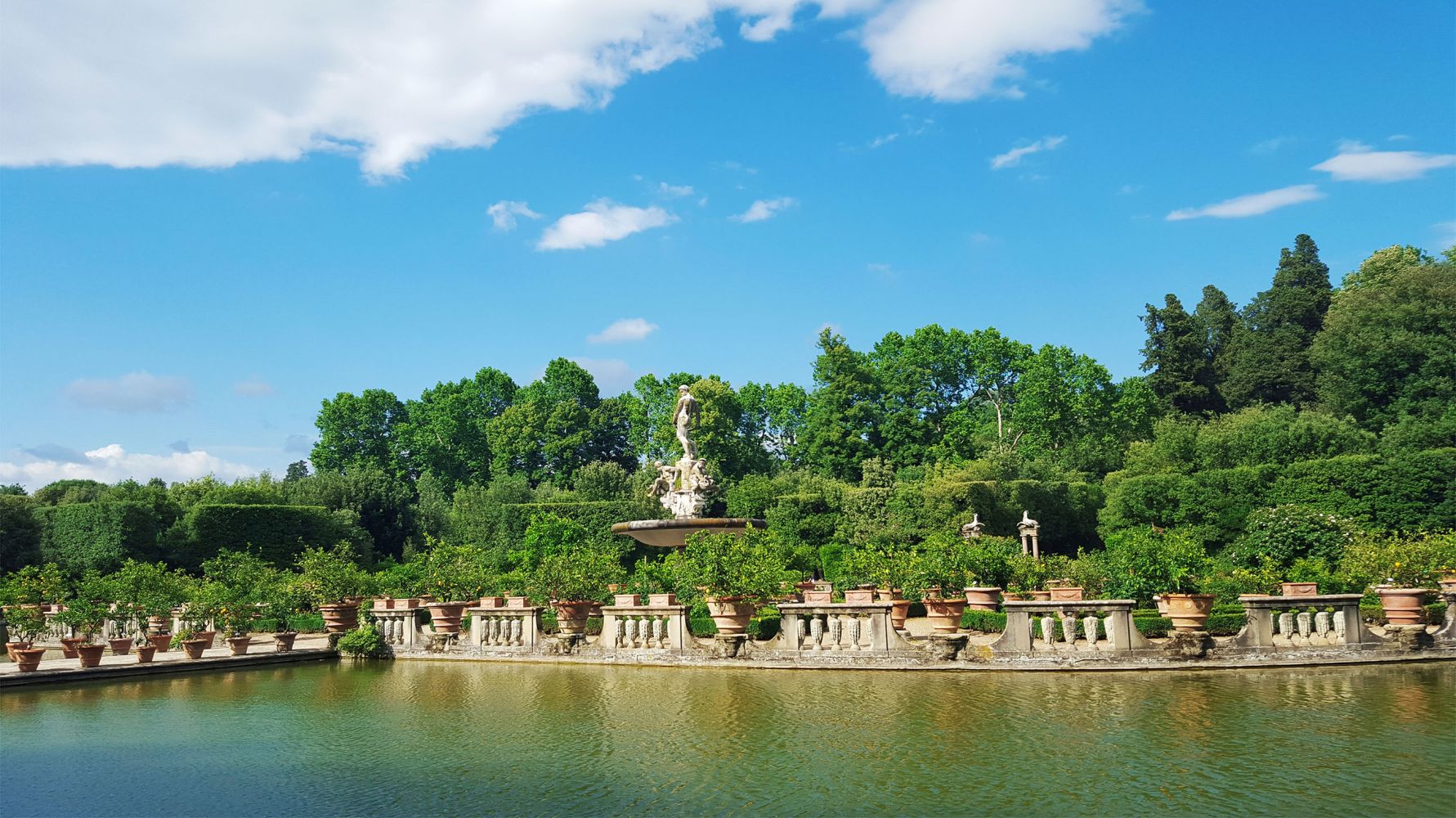 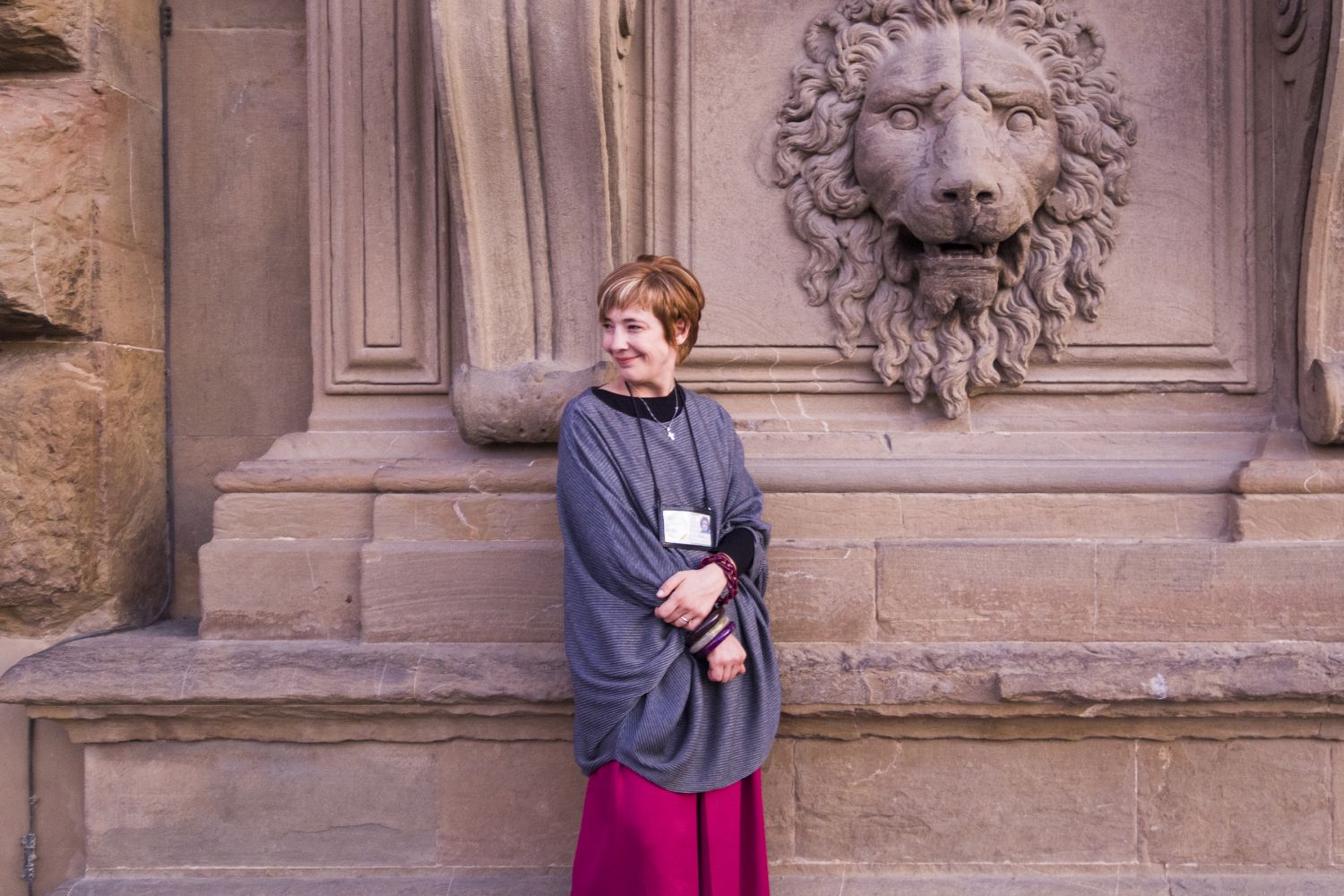 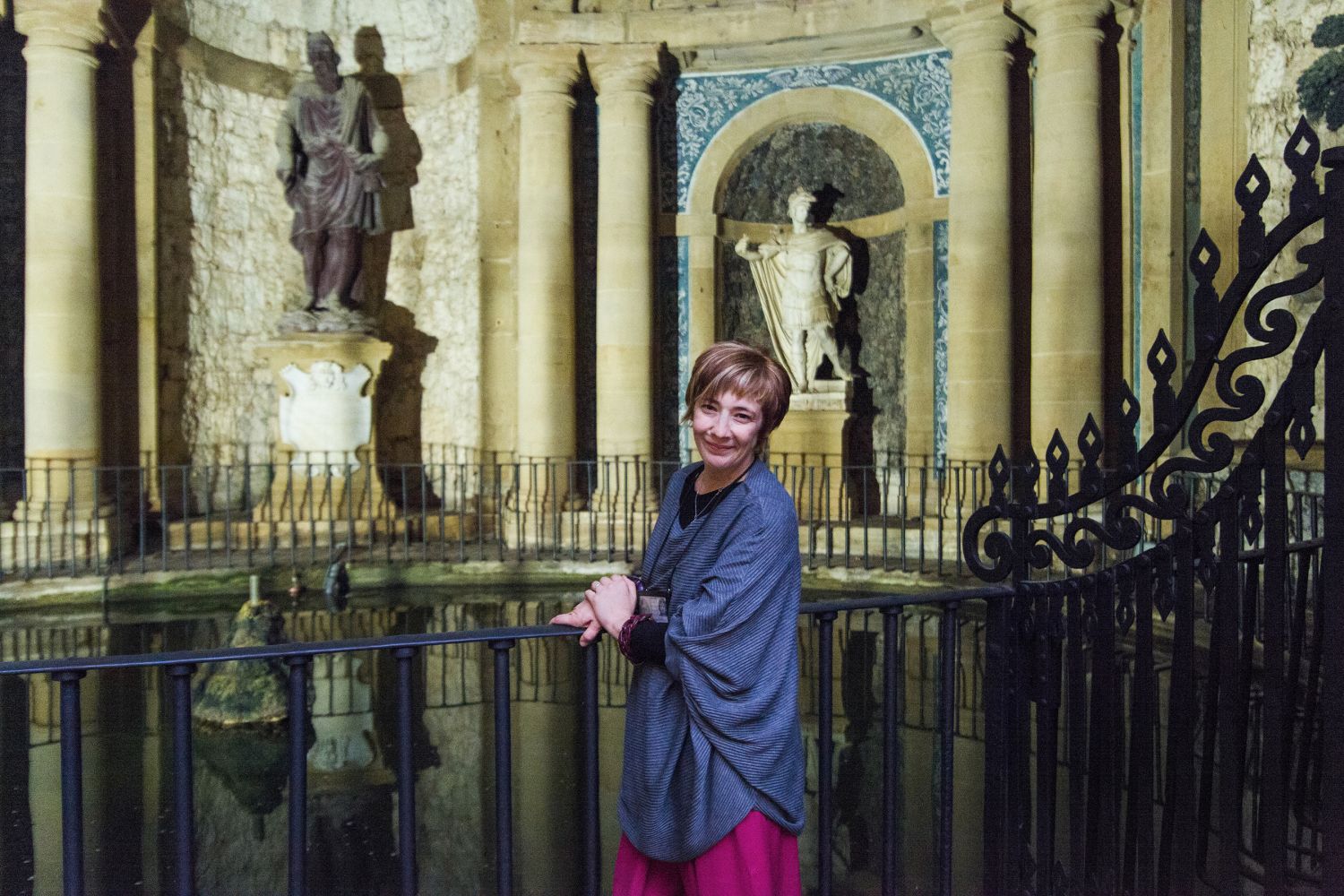 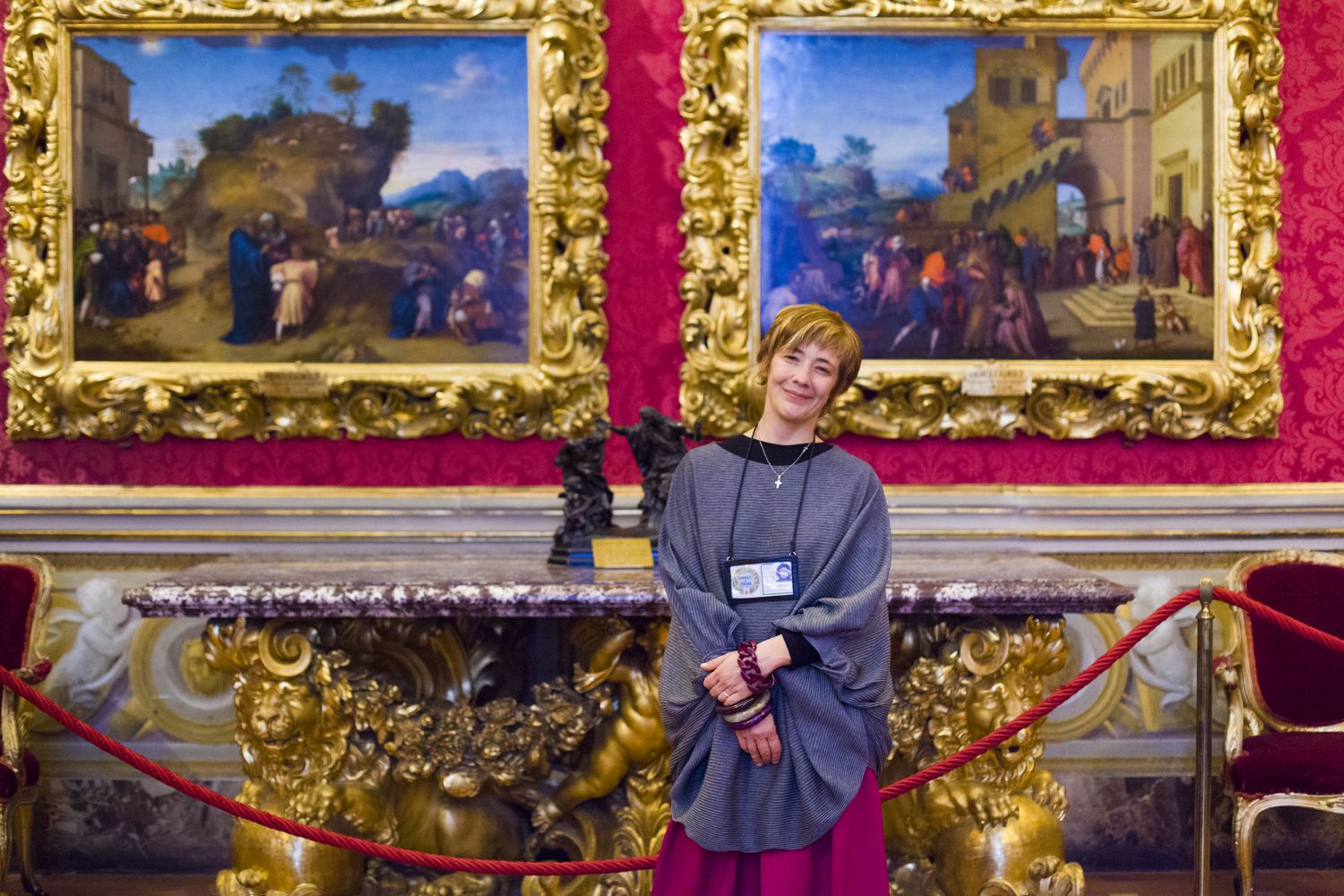 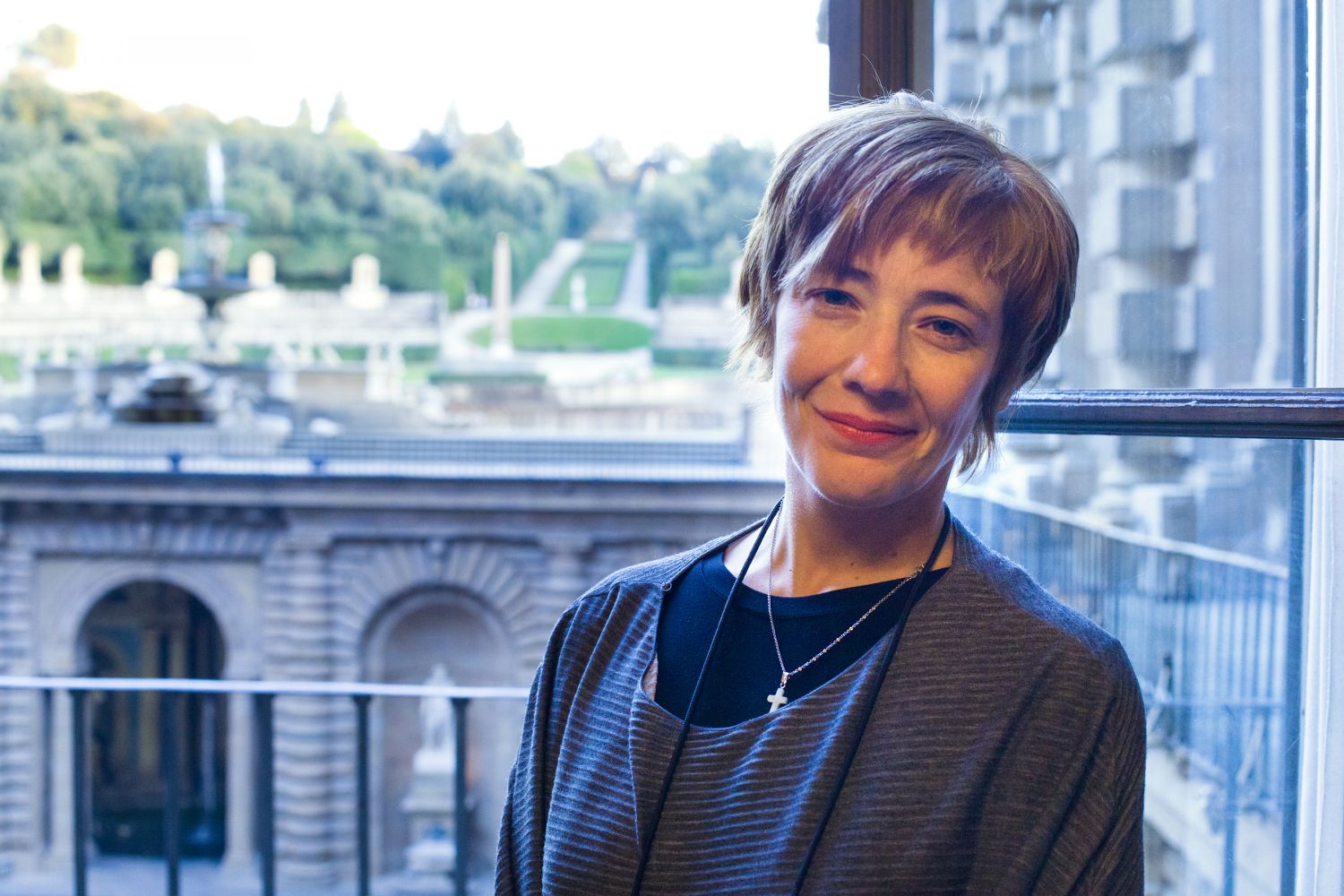 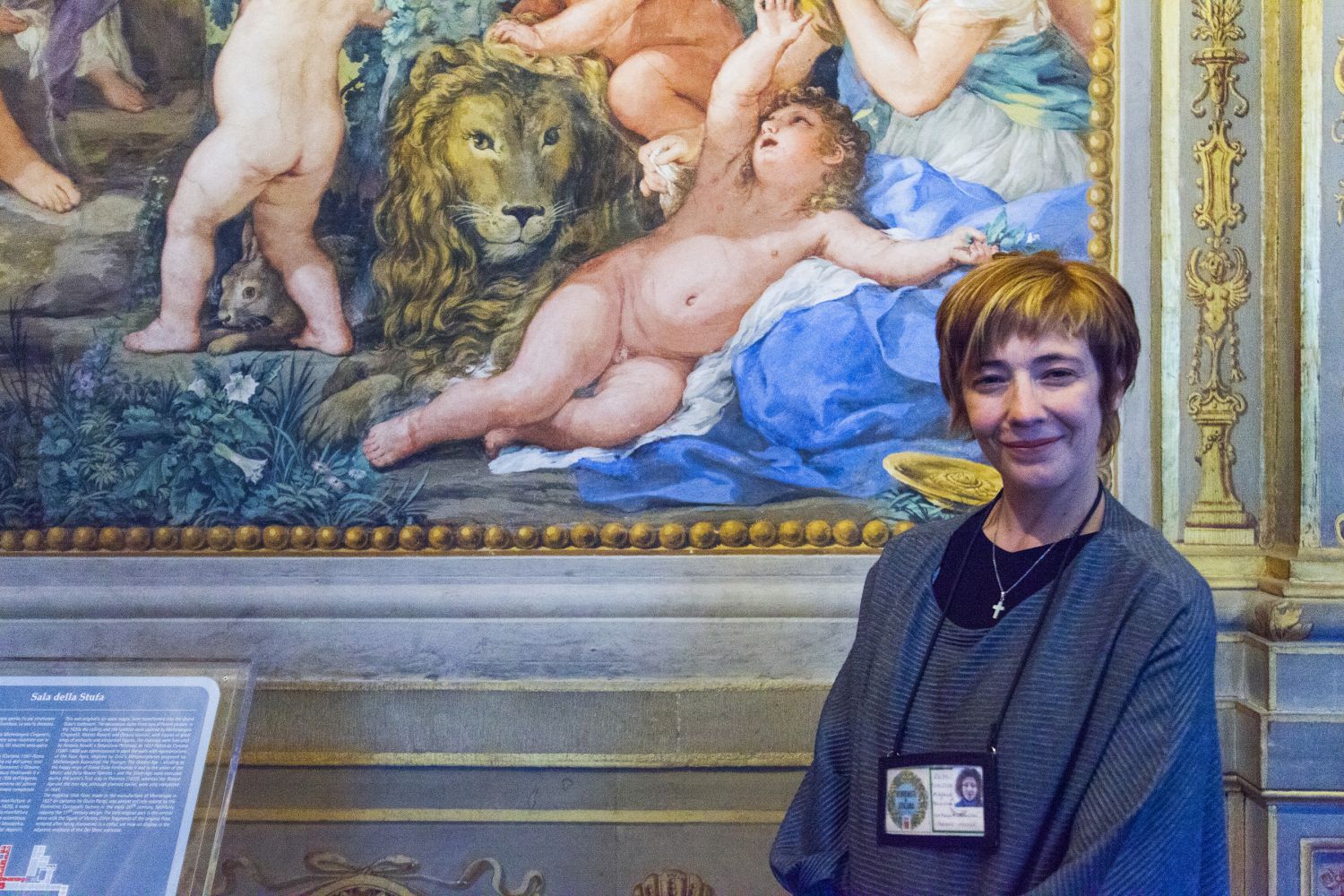 If you have a taste for art and opulence, if you like majestic gardens...you should book a guided tour of the Pitti Palace and Boboli Gardens in Florence.

Pitti Palace (Palazzo Pitti) was built by the Pitti family in the 1400s, only to be bought by the Medicis a century later. It used to be the latters’ final mansion, the one in which they lived for the longest period of time (from the 1500s until the 1700s, followed by the Lorraines who ruled Florence and Tuscany after them).

Let me lead you inside, and you will be overwhelmed by stunning and colourful Baroque murals and stuccoes, tables and vases made of precious stones, and masterpieces by the greatest painters of all time, such as Sandro Botticelli, Raffaello Sanzio, Pieter Paul Rubens, and Caravaggio. Can you believe it was inhabited until the 1940s..? The Italian royal family, The Savoys from Piedmont, were entitled to live here until Italy chose a republic over the monarchy (1946). Only a small part of this enourmous palace is visible: thanks to this Pitti Palace guided private tour, you will admire the most beautiful rooms and halls, and have them masterfully illustrated... without being stressed by crowds flocking to see the unmissable works of art. At the end of the tour, we will take a relaxing stroll through the fantastic Boboli Gardens and I will satisfy your curiosity, revealing the secret meaning of the artificial grottoes and the 16th and 17th century statues populating the Boboli Gardens.

Password: Variety. We'll walk through the former grand-ducal Medici apartments and you will be struck by the overabundance of decorations and the preciousness and the variety of the materials and artefacts. It’s not just paintings you can see here..! I will point out to you the previous uses of the most important rooms. The astounding murals of the Halls of the Planets' ceilings depict the heir to the grand-ducal throne, Cosimo III Medici (portrayed in an idealised way, as an handsome and muscular young man) instructed by all the gods to become a wise sovereign: every god and goddess, (planet) was said to bestow him with a different virtue.

Hundreds of wonderful paintings are hung closely to each other on the wall, creating an incredible effect.

Amongst them there are some rare pearls, like the Madonna of the Chair (Madonna della Seggiola) by Raffaello. It is the most perfect paintings of all time. It is difficult to explain Raffaello's artwork, for perfection just explains itself. I will attempt this nonetheless...the more challenging, the better! The Palatine Gallery displays the largest number of paintings by Raffaello of all museums in the world. Alongside this, two stunningly luxurious ancient bathrooms - one of them once belonging to Napoleon Bonaparte - can be found here! Tables everywhere, made according to the “Florentine mosaic” technique, which creates patterns with cut-to-shape, very thin pieces of bright-coloured semiprecious stones inlaid in slate. Dating back to the 1500s, there are only ten masters left in the world who are able to perform this technique; and they're all in Florence..!

Let's take a walk through the Royal Apartments, occupied during the 1800s by the Savoy family: the royal family of Italy. Could you imagine seeing a real throne room in here..?

In the former Medici family Summer Apartments (Appartamenti d'Estate), embellished with marvellous frescoes, there's a collection of jewels you can’t find anywhere else. Cameos, gemstones, crystals, ivories, ambers, precious shells mounted in gold or silver to give life to incredibly oddly-shaped artefacts. Where else could you find a cherry pit carved by a sculptress with 100 tiny faces..? These objects can only be seen here. Works of art or craftmanship used to be extremely unique..!

The Pitti Palace and Boboli Gardens guided private tour ends with us plunging into a vegetation splendidly “moulded” by man. Let's take a walk through the Boboli Gardens, which inspired those of many European courts. Just remember – there are no flowers overflowing from the gardens here..! We owe the Boboli Gardens to a splendid Medici woman, Eleanor of Toledo (Eleonora di Toledo), wife to Cosimo I, the Grand Duke of the Medici family. Since she had spent her life in Naples, close to the sea, surrounded by verdant gardens and fairy-tale villas with fountains, she found that Florence was of no satisfaction to her. So she bought the Pitti Palace – she could afford it! - and had the Boboli Gardens built..!

And I am here to show you how amazing it is, especially if we get to the top of it, one of the highest points in Florence. The view from the Knight's Garden (Giardino del Cavaliere) will be unforgettable – just like my explanations..!

I suggest taking another tour if you're in any way unable to walk. The tour is private, which allows you to totally customise it to your needs. I can come to pick you up at your accomodation, if it's in a convenient place to kick off our tour. If it's not, we can easily arrange another pick-up point, close to the museum.

€ 240,00. The price is per tour, not per person. I may ask for a deposit via PayPal. This rate DOESN'T include the cost of churches, exhibitions, museum tickets, or the cost of possible audio-tours or transportation. Payment can be made in advance by bank transfer or PayPal, or during the guided tour.