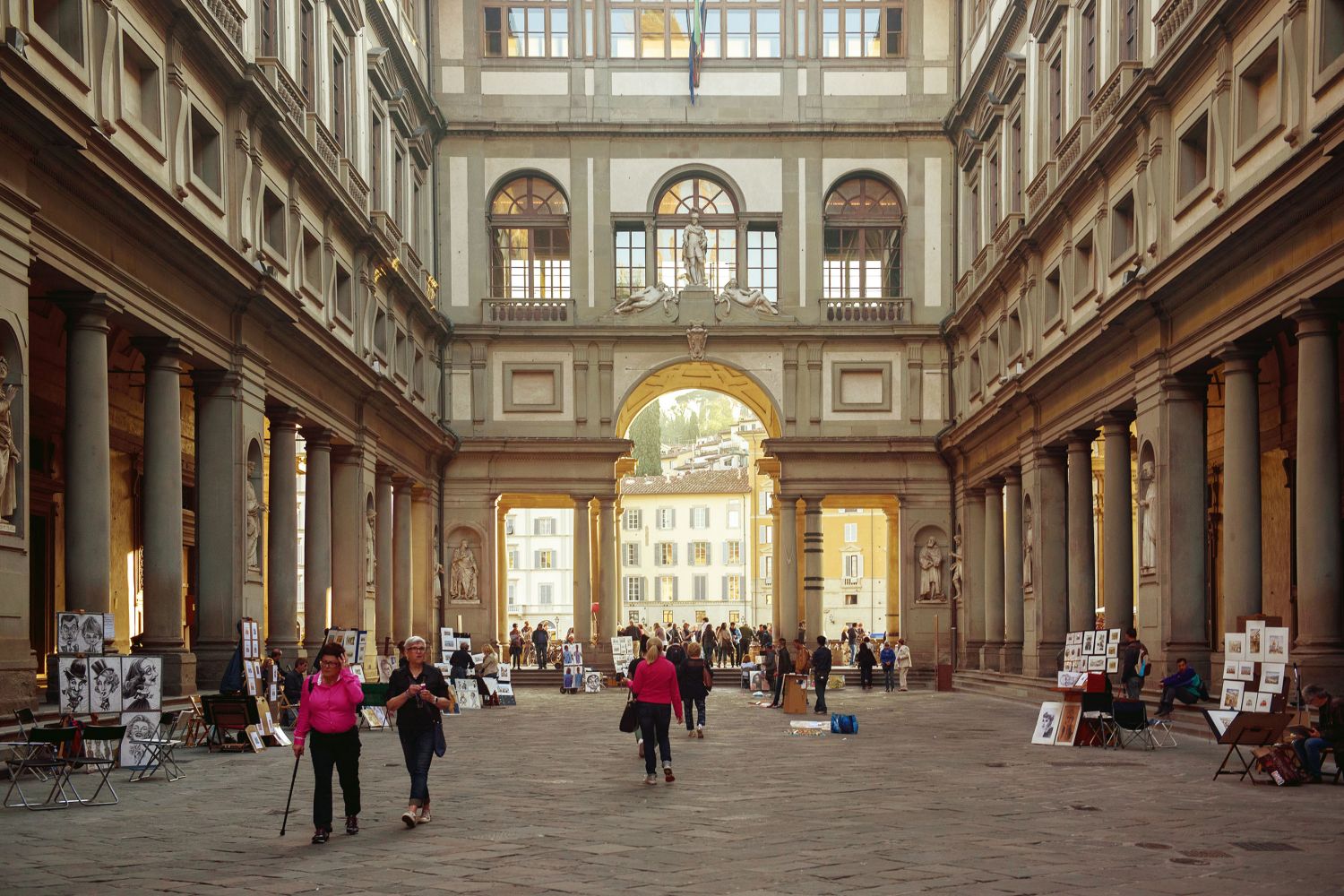 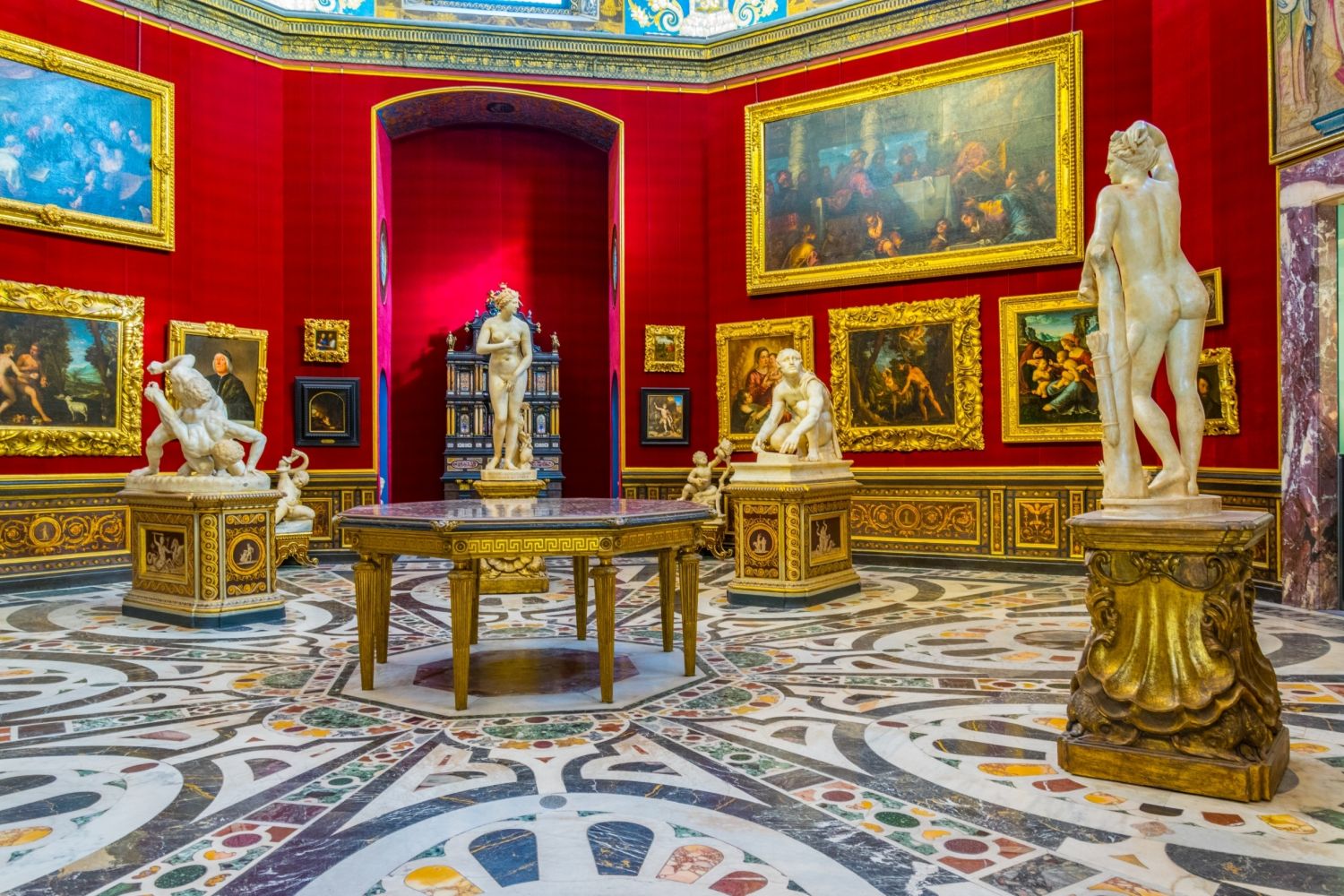 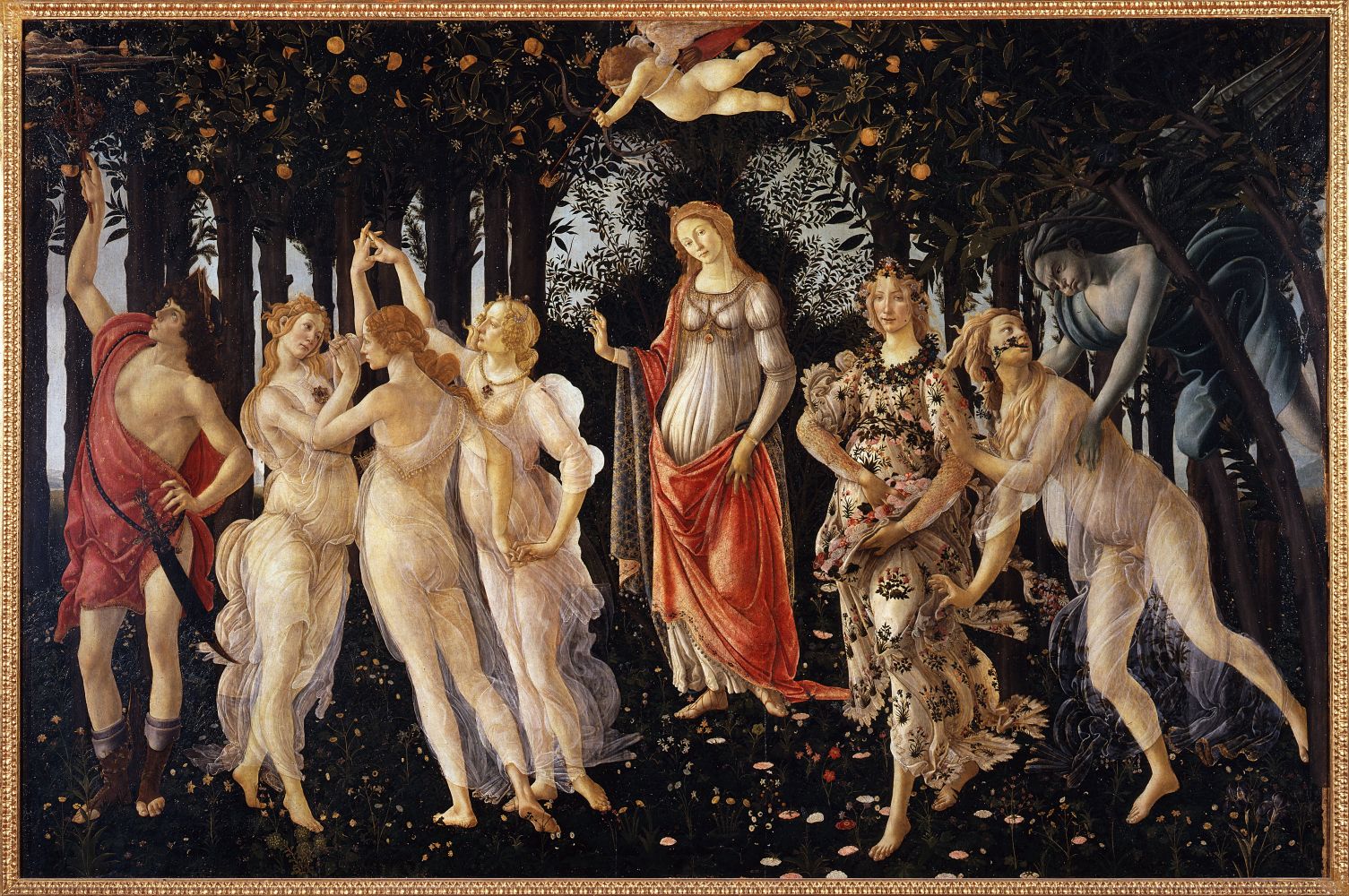 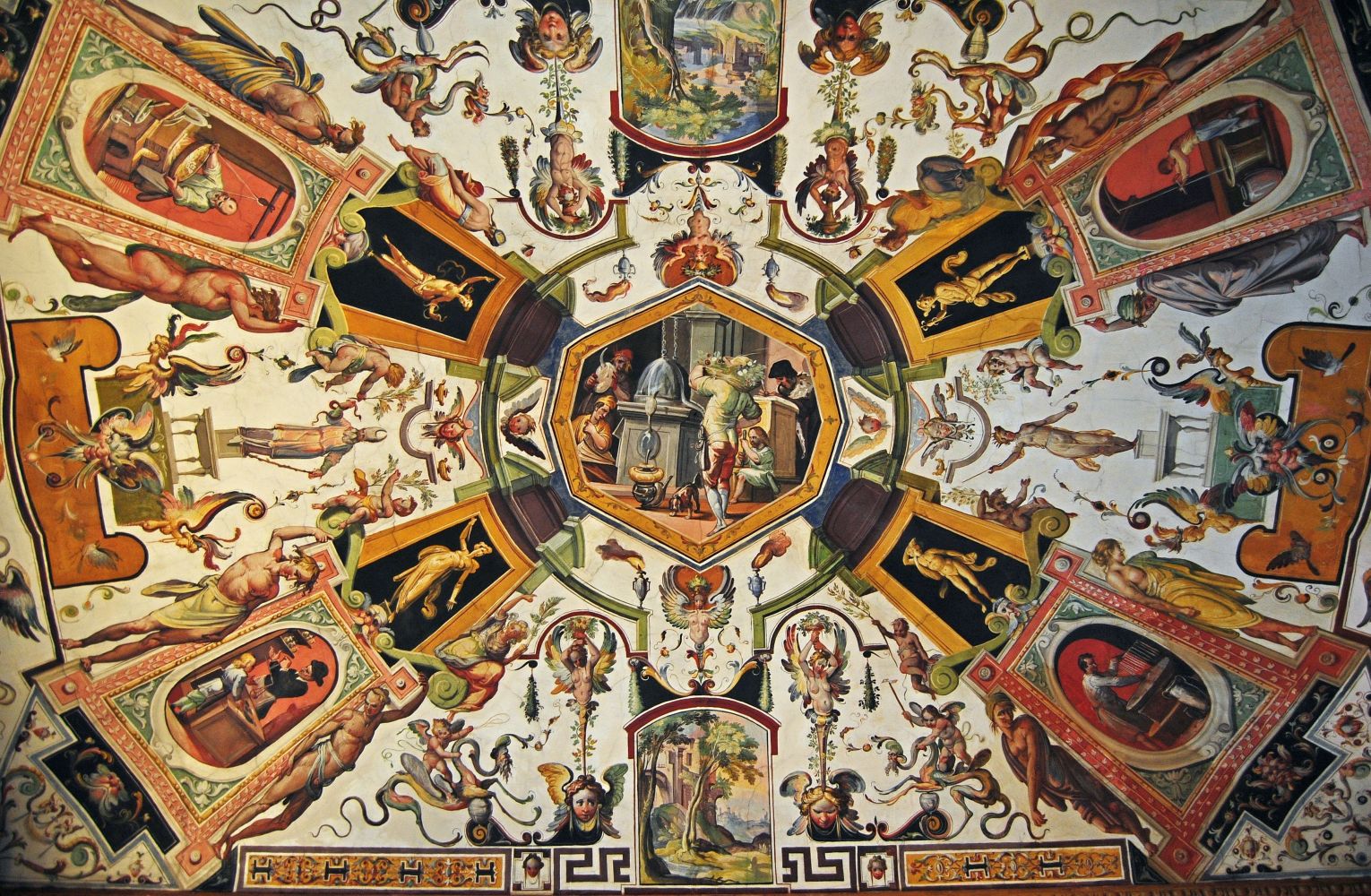 The Uffizi Gallery (Galleria degli Uffizi) is the most ancient and one of the most famous museums in existence: once hosting the headquarters of the Florentine Guilds, it has been toured since the end of the 1500s..! In fact, the Uffizi’s upper floor was once private, and home to the Medici family's treasures, which could actually be visited by very important, rich, and noble people only.

Nowadays it's no longer like that: take the Uffizi Gallery private tour with me, and experience the pleasure of recognizing the breathtaking masterpieces you've known your entire life right here..! I will bring them to life for you - my background in art history will help me with this!

The Uffizi Gallery private tour is a must.

Don't miss the opportunity to admire masterpieces dating from the XII to the XVIII century, by Italian, Flemish, French, German and Spanish artists, and a superb collection of ancient Roman sculptures. The “highlights” are paintings by Giotto, Gentile da Fabriano, Filippo Lippi, Piero della Francesca, Sandro Botticelli, Leonardo da Vinci, Michelangelo Buonarroti, Raffaello Sanzio, Tiziano Vecellio and Caravaggio; and along with your expert Florence guide, you could even decide to spend your entire day in there, off the usual beaten track!

Forget the oceanic crowds and plunge into this painted mythical garden symbolizing Florence as the realm of love and beauty. Watch all these flowers, the “living” ones and the ones painted on the beautiful goddesses' costumes: hundreds of blooms can be spotted! It's easy to get lost in such intricate details with an Uffizi Gallery private tour.

Let's have a look at the Tribune, one of the most spectacular halls in the Uffizi Gallery. It's an astounding octagonal room embodying the Universe and its Four Elements. The floor is encrusted with precious coloured marbles, while the jaw-dropping vault is inlaid with nearly seven thousand mother-of-pearl shells from the Indian Ocean. It used to be the “treasure room” of Francesco I de' Medici, where he had gathered his collection of wonderful (and sometimes bizarre) artefacts.

Your dream come true: you have the possibility to admire three paintings created by “The Genius”. Three paintings that demand to be admired with attention, in order to see the incredibly naturalistic details emerging from the blurred background landscapes. An Uffizi gallery private tour is what you need to decode the mysterious language hidden beyond the paintings.

This masterpiece, depicting a Holy Family, is one of the few panel paintings by Michelangelo who thought of himself mainly as a sculptor. You'll be struck by the vibrant colors of this painting. Michelangelo was the first artist that chose to depict his internal world (hence these radiant colors), instead of the external one.

If you've read this far, you probably like the way I approach the subject. So go ahead and book my tour - you won't regret spending three hours of your time with a true expert..!

On foot. The tour is indoors.