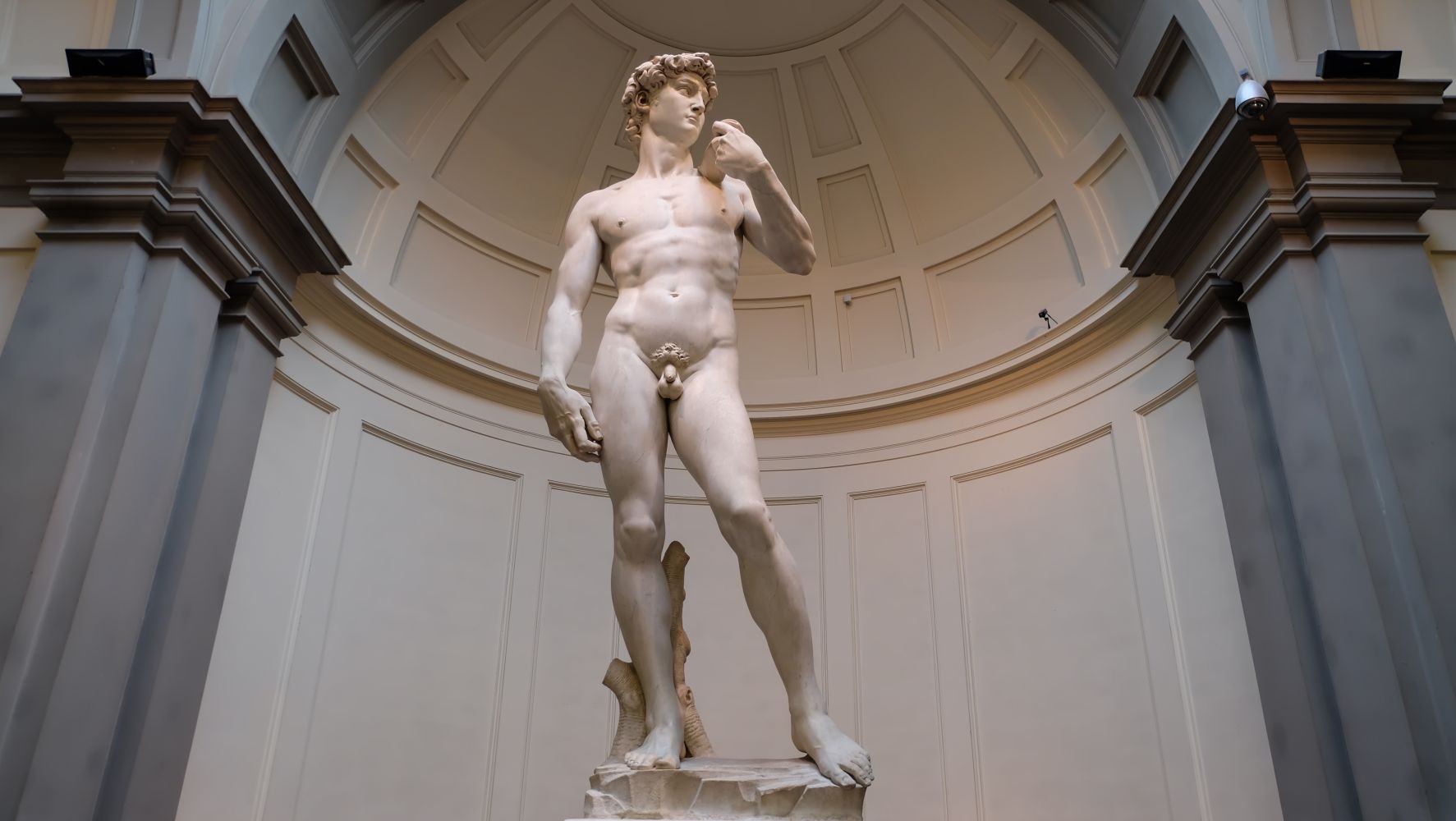 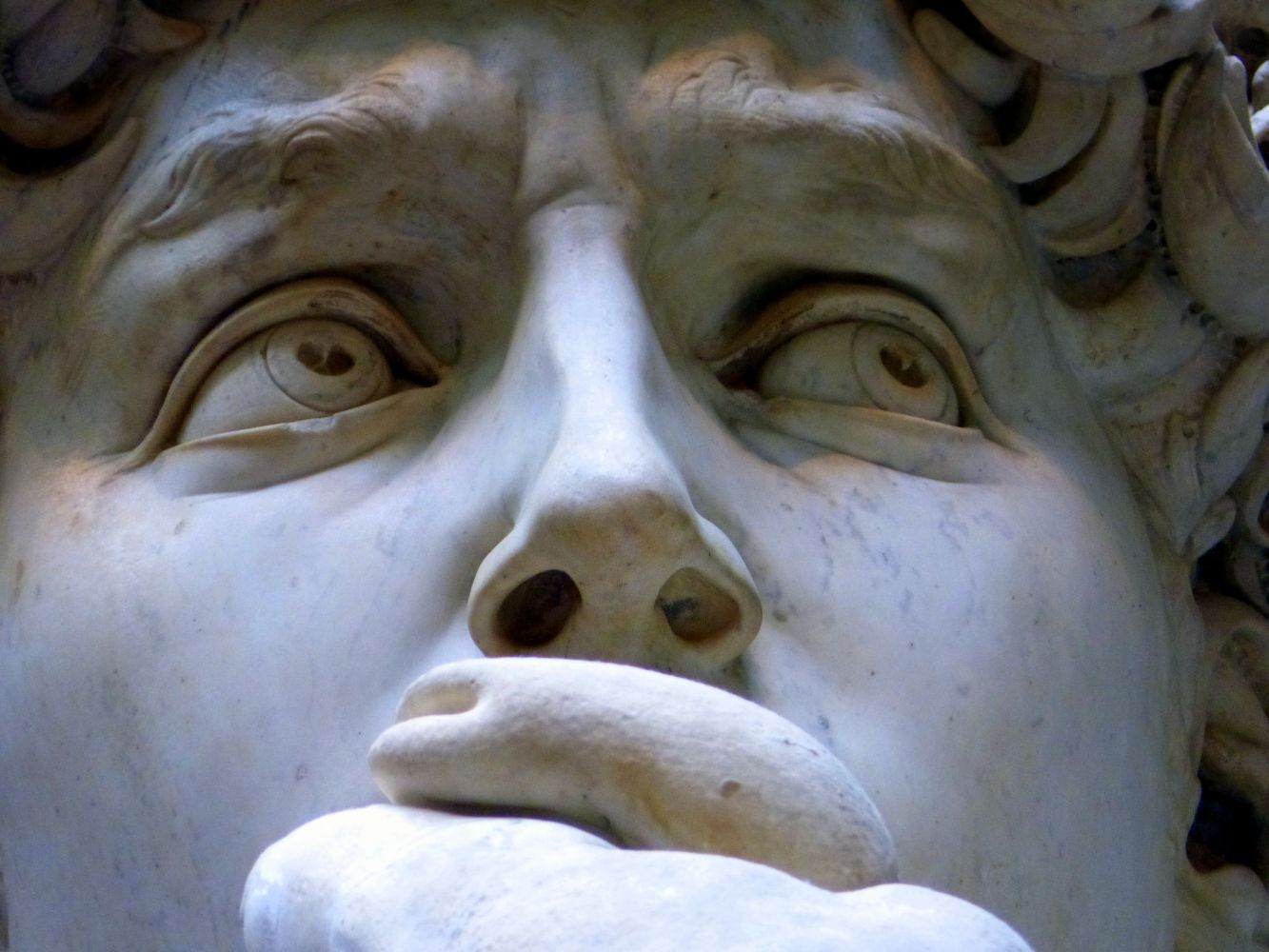 Florence has plenty of marvellous places to visit, but you know deep in your heart that there's only one masterpiece in the world such as the David, and you finally want to see it. The best way to do this is by taking an Accademia Gallery (Galleria dell'Accademia) private tour with me, which will allow you to separate from the crowds and realize what “Renaissance” really means. So let's take a tour of the Accademia Gallery, known all over the world for the statue of David and many more of Michelangelo Buonarroti's impressive artefacts..!

The hall of the “Colossus”.

which is Jean De Boulougne's plaster model for the Rape of the Sabine Women (Ratto delle Sabine). Here at the Accademia Gallery it will be possible to experience what I will have previously told you in Piazza della Signoria: the Rape of the Sabine Women is the first statue ever without a particular angle to view it from, making people walk around and around it, just to find out that the statue is perfect from any perspective..! Can you even imagine how hard it must have been for the artist to create such a complex piece..?

Not completed, yet some of the most fascinating pieces of art ever. The men are, surprisingly, throbbing with life. They really look like giants struggling to emerge from the stone which is attempting to swallow them. You'll be able to appreciate them even more, as I will carry you away into Michelangelo's world.

To realize why Michelangelo Buonarroti is also known as “the Divine”, the best thing you can do is to take an Accademia Gallery private tour. I will talk you through the process that led Michelangelo to create the imposing “David” from the small piece of Carrara marble he worked on. You'll learn that “King David” was quite a common art theme in Florence, a theme which many artists dealt with: you'll also learn that Michelangelo, while dealing with this same theme, did it in his own ingenius way. This David is...different. It's lifelike, human, conveying the best of human feelings and virtues. David is not only the second king of Israel, he also represents the city of Florence, and mankind at its very best. David is the Renaissance “self-made” man.

The rest of the collection makes the Accademia Gallery one of the most sensational museums in the world: medieval "gold backgrounds" dating from the 13th to the 15th centuries, Renaissance paintings, ancient musical instruments - amongst which the most perfectly preserved Stradivari violin in the world and the first “fortepiano” (piano) are to be found – and 19th century plaster models for sculptures that will give you the sensation of being in a Romantic artist's workshop.

The Accademia Gallery private tour continues in the streets of Florence. You will get acquainted with the ancient religious centre of the city (the Santa Maria del Fiore Cathedral with the Dome, the San Giovanni Battista Baptistry, the Giotto's Bell Tower) and the political one (the Piazza and Palazzo della Signoria, the Loggia dei Lanzi, the Ponte Vecchio). With an expert Florence guide like me leading you, you can discover fascinating, hidden places on the inside.

With me as your guide, you can decide what you would best prefer to examine in depth..!

€ 180,00. The price is per tour, not per person. I may ask for a deposit via PayPal. This rate DOESN'T include the cost of churches, exhibitions, museums' tickets, or the cost of possible audio-systems, or transportation. Payment can be made in advance by bank transfer or PayPal, or during the guided tour.